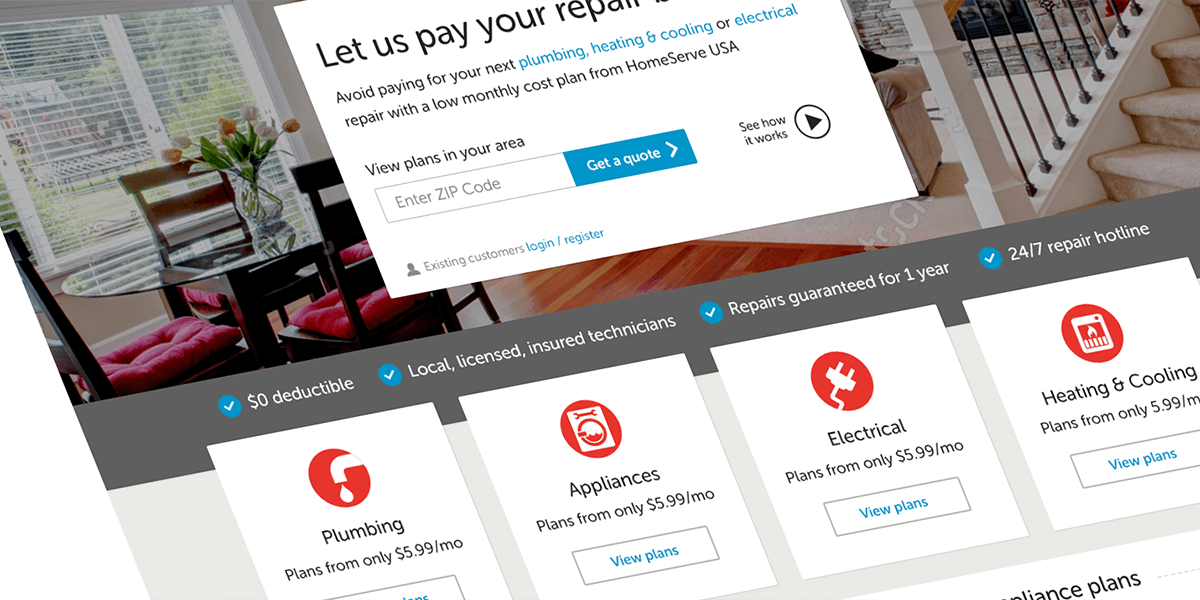 Take current HomeServe USA website and move to a new Content Management System called Sitecore, rebuild all of the Front End code and update design as well as create new / improve existing functionality such as sales funnel and account area.

Part two of this project was to ‘Rebrand’ all of the initial work we had done to a new set of HomeServe brand guidelines.

We worked in an Agile Scrum team environment with typically 2 week sprints but at some points 1 week, scrum team was mix of BA, UX, Front End and Back End. Analysis would be done on new designs to work out any new templates, layouts, components etc, Front End developers would then build the markup (using HandlebarsJS) and styles (with SASS) and commit to GIT and GITHUB where it could then be intergrated by either an onsite Back End developer or an external one.

Individual components would be tested by QA team and bugs/feedback raised, eventually code would be moved across to a UAT environment for stakeholders to play with and approve.

My role was to build the markup for the templates, layouts and components, initially i was the only Front End developer in the team, this meant on a daily basis i was liasing with Designers, UX, Business Analysts and Back End developers. I also created a lot of the documentation required for the transition including the library of all components built.

By the time of the ‘Rebrand’ work we had a team of 3 Front End developers so changes to my role included code/peer reviews, sometimes analysing tasks for other developers, updating code standards and practises for us all to follow.