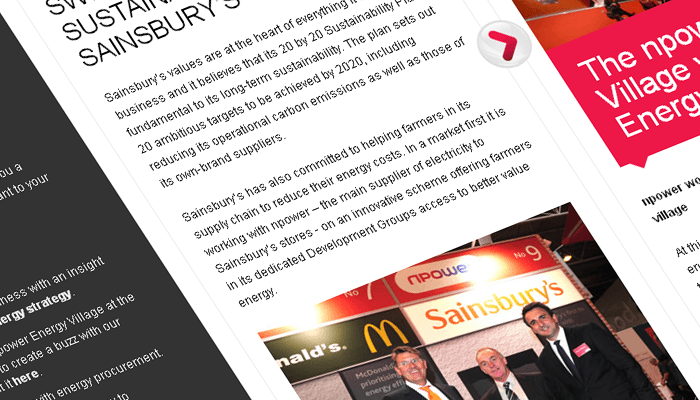 With this information i searched for a few examples of current newsletters, blog layouts anything that might be interesting to an end user, we had an idea to create a horizontal parallax layout as its a technique being used more and more often.

We eventually simplified things and went with a horizontal scrolling layout which works really well, a user can skip to the next article by using either the navigation arrows or their keyboard. The articles are clearly separated and easy to read.

As part of this work i also made the layout responsive based on the end users screen pixel size, no device sniffing or user agent was used to alter the layout or content, if the user accesses the page from a small screen device such as their mobile phone all of the horizontal scrolling disappears and becomes a more traditional vertical layout which each article falling under the previous one.